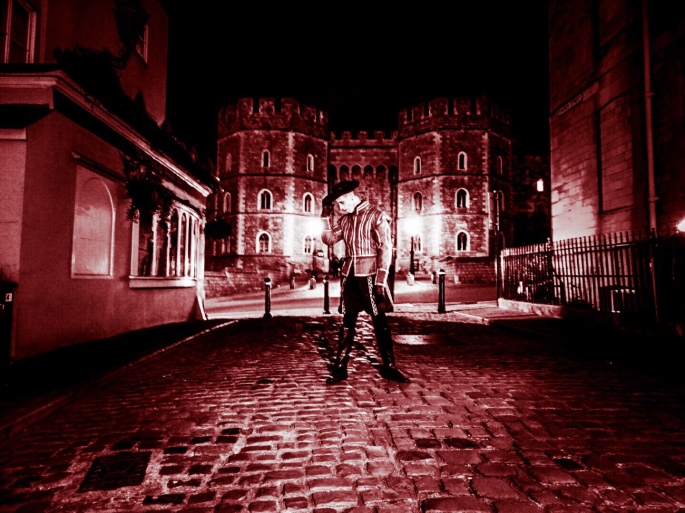 We had customers from Thailand, Belgium, Denmark and the UK who came along to uncover Windsor’s ghost stories.

There is so much to find out on our ghost tour from the many ghosts of the castle to Peascod Street what makes Windsor so haunted?

It’s a place steeped in history and it’s seen a lot of tragic events. One tower of the castle was even nicknamed ‘Death tower, because anyone who entered never came out alive!

Whilst another is known as curfew tower where unlucky residents were executed and their remains left on show to the public to make a statement!

But it’s not just the castle, curfew house, 1 Thames Street, Sir Christopher Wren Hotel, the Theatre and more are home to ghostly residents.

Even the castle has nice ghosts courtesy of the many royals who haunt it!

The stories don’t just stop at ghosts, even an alleged vampire known as Benjamin Spong, given the name because if his strange obsession for eating cats!

On last nights tour we were also joined by Facebook group Windsor newbies and a Dog called Barkley who was re-homed from Cyprus!

You can find out all about the ghost stories by getting your tickets to our Windsor Ghost Tour.